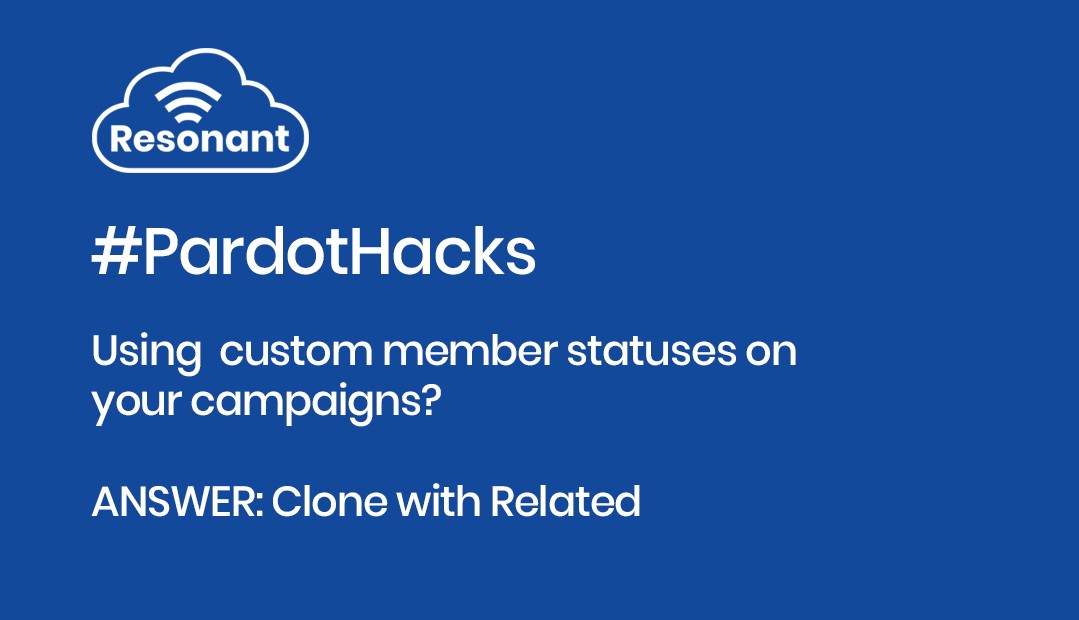 Salesforce Pardot makes understanding campaign engagement and ROI simpler, easier, and faster. Over the coming months, I am going to share with you some of my hacks that will help you maximise Pardot and more effectively get under the hood of what’s working and what’s not.

Fundamental to understanding what’s working and what’s not are Salesforce Campaigns.

A campaign is essentially a marketing initiative that you want to track. Three areas that form the foundation of campaign attribution include:

Cloning campaigns is a common way for marketers to quickly re-use their assets. Previous to the Winter ’20 release when you cloned a campaign it did not clone the custom campaign member statuses which meant you had to create them every single time. Tedious right.

Say hello to “Clone with Related”. How do I set this up?

Add the “Clone with Related” lighting action to your campaign lightning page you can then clone a campaign WITH custom campaign member statuses #dreaming.

At Resonant we have completed Pardot projects across a variety of industries such as consumer goods, professional services, recruitment, education, training and much more. Resonant also specialises in platform migrations and has recently completed the transition from Eloqua to Pardot for Canon Australia.

I love helping people so feel free to reach me through LinkedIn or you can email me at natalie@resonantcloud.info.